Getting handed a traffic ticket in New York City should always raise your eyebrow and make you start thinking about how you can fight it. Traffic throughout NYC is notoriously crowded and complex, making it difficult for even the best drivers to always adhere to the rules. A person given a citation might not deserve it at all, and may merely be the victim of an overzealous or misinformed police force. 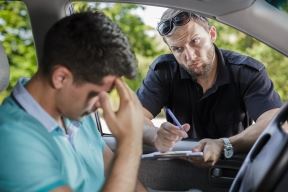 Speeding tickets in particular are often written without justification or real evidence that the suspect was speeding at all. Instead, a police or traffic officer may create the citation in hopes that the driver does not make an effort to defend himself or herself. Or, in hopes that the judge presiding over the case in traffic court quickly sides with the officer and not the defendant.

Where are speeding tickets being handed out with overzealousness the most? An examination of traffic court conviction rates might reveal the answer, or at least a trend that is worth questioning.

It is important to note that traffic court judges are technically Department of Motor Vehicles (DMV) employees, and the traffic court itself is technically an administrative tribunal of the DMV, not the criminal justice system. This makes speeding ticket citations the result of a two-pronged attack against the average New York City driver.

First, a police officer decides to write the ticket.

Second, the DMV chooses to uphold it and impose the associated penalties.

With the aforementioned conviction rates and the workings of the traffic ticket system in New York City in mind, it is easy to see how the average driver might feel disadvantaged when trying to defend themselves from a citation.

If you have found yourself in such a situation, look no further than Gannes & Musico, LLP for legal counsel and protection. Our New York City traffic ticket attorneys have more than 20 years of experience and have helped thousands of people in circumstances much like yours.

Contact us today to schedule a free consultation, during which we can explain your rights and what to do next to defeat your speeding ticket.